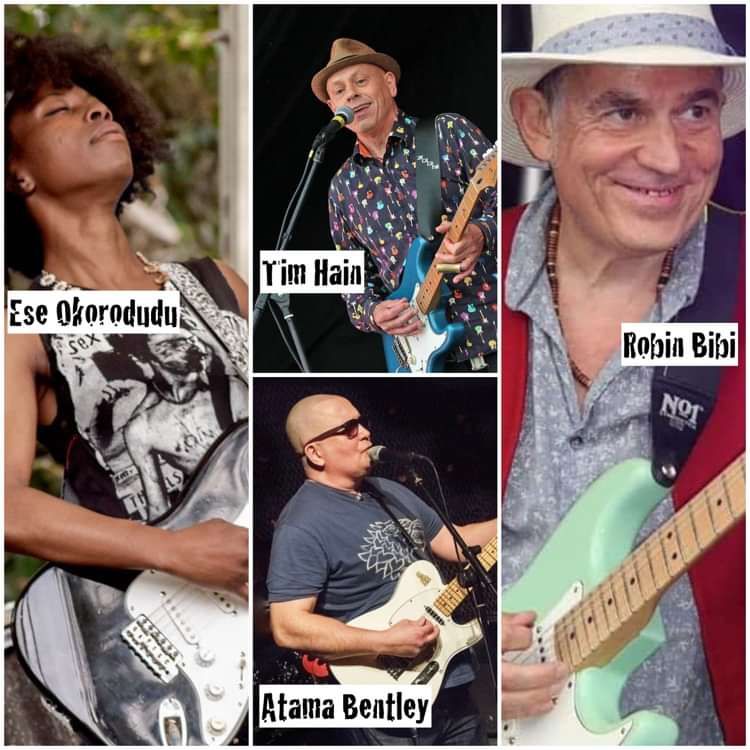 The doors to this event will open at 3 pm and the music will commence at 3:30 pm

The best of London’s Soul & Blues performers and songwriters in one great afternoon show. Featuring Robin Bibi; nominated by British Blues awards in several categories and winning best ‘Guitar Solo’ from WRC, Robin has worked with Robert Plant, Jimmy Page, The Pretty Things and Ben E King to name but a few. Ese Okorodudu or Sister Ese (Alabama 3 and Ese & The Voodoo People); as well as being a highly- successful songwriter Ese is one of the country’s best entertainers and here she will be performing a mix of her own soulful songs and covers. - The much acclaimed guitarist and vocalist Tim Hain, (Jeff Beck) whose atmospheric mix of Blues & Reggae (Bleggae) found its musical home in the much sought after band Jamside Up. Atama Bentley; is London’s very one Fiji Soul Blues man formally of the Sydney Blues Mafia, will host and bring his own style of soul music to his vocals and guitar work.