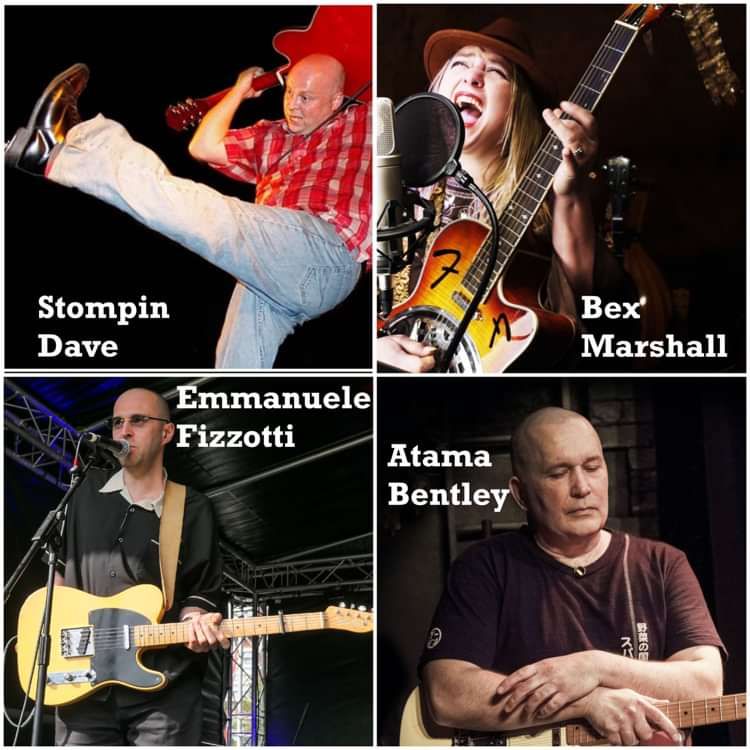 Special Blues and Roots Mini-Fest on the Lunchtime Session

Featuring four of the most talented Blues and Roots performers on the UK scene (MC Atama Bentley):

Stompin’ Dave: Described by Maverick Magazine as "one of the world's greatest performers" multi-instrumentalist Dave’s repertoire combines rocking vocals, with blues & roots guitar, keyboard, banjo, fiddle, and harmonica playing as well as a neat line in tap dancing to boot! A former member of Blues In Britain UK blues band of the year ‘The Producers’, Stompin' Dave was nominated for a British Blues Award in 2014.

Manny Fizzotti: Itialian born Emanuele Fizzotti is one of Italy’s foremost blues/rock guitarists and also one of the most versatile, his style encompassing both blues and roots as well as a touch of R&B. Having turned professional in 1983, he spent a year (1988-89) studying guitar at the “Guitar Institute of Technology” in Los Angeles before performing in stadiums across Europe. “Great playing ….!” Jim Simpson – Birmingham Jazz & Blues Festival Organiser.