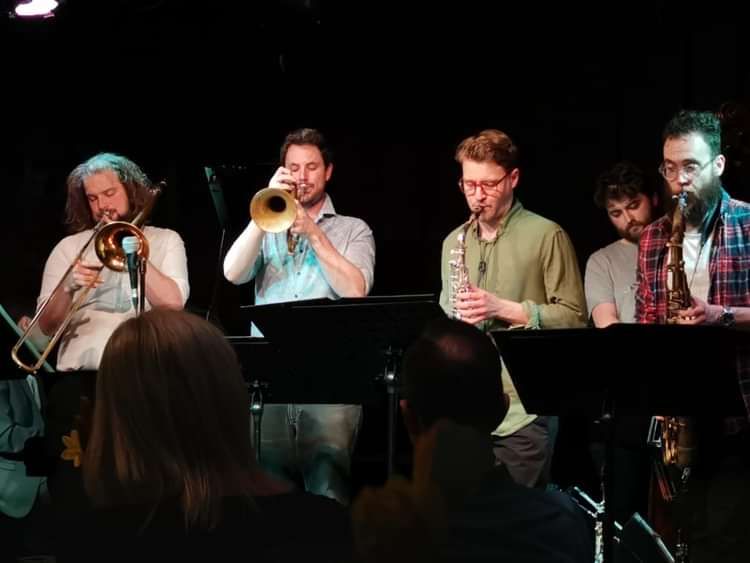 Trumpeter, Composer & Arranger Duncan Fraser brings his new project, The Duncan Fraser Septet, to the Bull’s Head, featuring some of the most acclaimed young players on the London scene. Prior to this ensemble, Fraser’s own award-winning Big Band was his musical vehicle of choice, however now having assembled a group consisting of long-time collaborators, the music is taking off in new directions. Performing a repertoire consisting mainly of Fraser’s originals, the music is heavily rooted in the Post-Bop sounds frequently heard across both the London and New York Jazz scenes. So much so that a number of Fraser’s works have been written to evoke imagery of New York City, where the inspiration for this project was born. Expect strong bass lines, contemporary grooves and vamp sections voiced and coloured with 4 horns, composed ensemble passages combined with ample space for improvisation and interplay. The line-up for this talented 7-piece features Duncan Fraser, trumpet & flugelhorn, Ronan Perrett, slto Saxophone, Wesley Frankel, tenor saxophone, Sam Sankey, trombone, Rob Brockway, piano, Huw V Williams, bass & Luke Bainbridge, drums. 8.00pm Tickets £10 in advance & £12 0n the door (£8 for students)