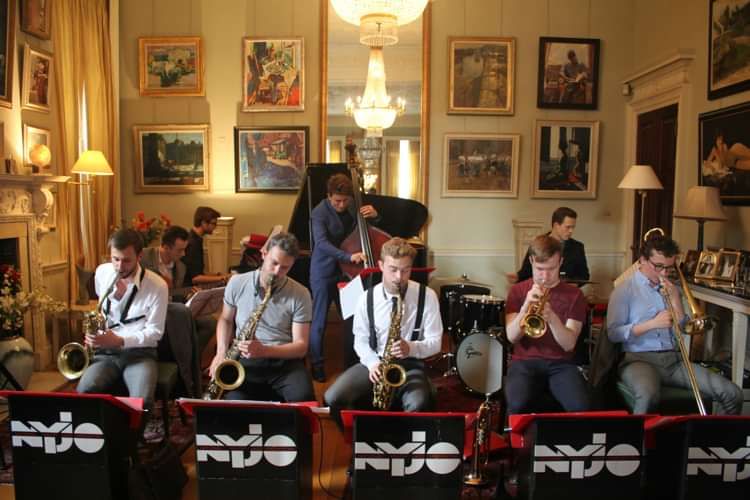 The NYJO Nonet will take a Musical Journey Around the World to visit some of the major destinations of jazz, including music made famous in New Orleans, Chicago, New York and San Francisco which shows how jazz developed through from its Dixieland Origins (as shown in Lil Hardin’s Struttin With Some Barbecue), through the Swing and Bebop period in New York (with music ranging from Benny Goodman to Charlie Parker) to the West Coast sound of Dave Brubeck. Expect some nods in the direction of the 60th anniversary of key albums recorded in all these centres such as Brubeck’s Time Out, Miles Davis’s Kind of Blue, John Coltrane’s Giant Steps and Charles Mingus’s Mingus Ah Um. Travelling farther afield, destinations showing a love of Paris (in the springtime), and popular nightspots like Tunisia, (midnight in) Moscow and London (by night) may well make an appearance plus an exploration of the diverse range of grooves and styles from all over the planet that come together to create the sound of jazz as we know it. There may even be a flight to the Moon, in celebration of the 50th anniversary of the moon landing! The NYJO Nonet is made up of the more senior band members of the larger NYJO Jazz Orchestra, and this smaller format allows them to explore their solo voices more widely as well as being large enough to allow our home-grown writer a chance to explore some colourful and lively textures during instrumental and vocal arrangements of some popular and contemporary jazz repertoire. 7.30pm Tickets £11 in advance & £13 on the door