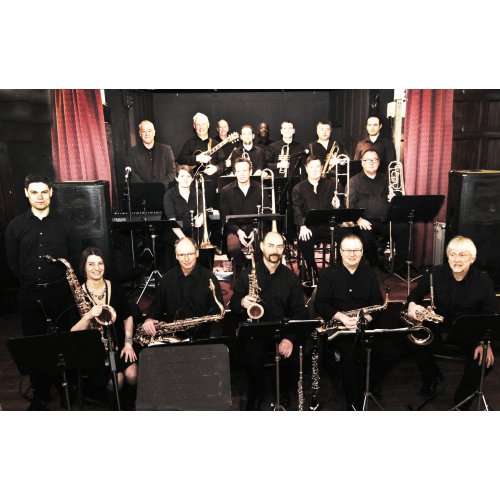 The Big Swing Band is a 17-piece big band that has been playing in the South London area since 1982. The band, led by Alan English, features a standard 5-4-4-4 line up. As well as being regular performers for many years at the Bull's Head at Barnes, the band are favourites around South London and at various swing dance/jive/lindyhop events as well as fundraisers and private functions. Concentrating on a swing repertoire, they play both classics from the swing era, such the tunes of Duke Ellington, Count Basie, Glen Miller and Benny Goodman, and modern compositions, including works of Maynard Ferguson, Quincy Jones, Bill Holman and Frank Mantooth. In addition, they also play arrangements written especially for the band by Alex Corlett, their former MD Graham Mintram and guitarist Richard Lea. 7.30pm Tickets £11 in advance & £13 on the door