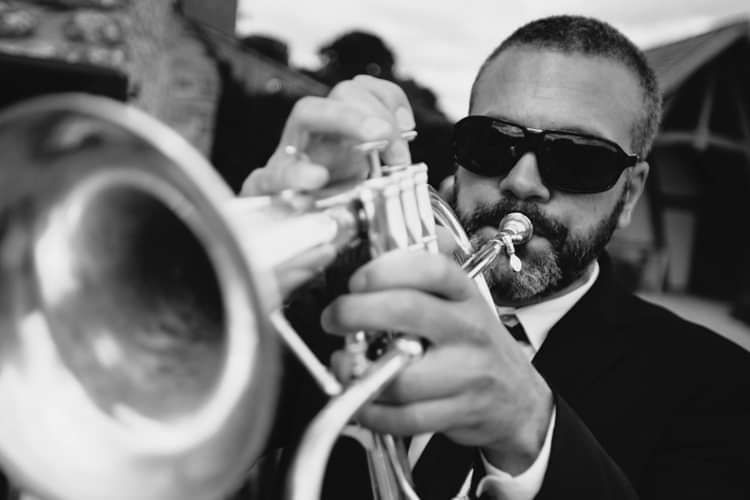 Featuring Lester Brown, trumpet, Paul Silver, saxes, Gunther Kurmyr, piano, Dave Jones, bass and Matt Skeaping, drums, this driving, straight ahead, Blue Note and Soul inspired jazz group is led by trumpet and flugelhorn player Lester Brown. The tight and tasteful unit has supported many of the top jazz soloists in London including Art Themen, Alan Barnes, Tim Whitehead and Simon Spillett. Since graduating in Liverpool, and moving to London, Lester Brown’s virtuoso trumpet playing brings a deep sense of the tradition, with a playful, thoughtful and melodic touch to his performances. Paul Silver is not only a versatile and skilled saxophonist, but a talented keyboard player and composer, who has built a strong reputation internationally as a constantly in demand, performer, producer, musical director and educator. Gunther Kurmyr is one of the most in-demand pianists around as well as being a regular touring member of Ray Gelato’s Giants. Dave Jones' bass playing in recent years has included Ronnie Scott’s Soul and Jazz Orchestra, Pete Cater Big Band, Way Out West Jazz Collective and the Stefanous Tsourelis Trio as well as playing alongside drummers Steve Gadd and Keith Carlock and leading his own groups such as Dave Jones’ Nonet. Matt Skeaping on drums is one of the most popular drummers performing regularly on the London jazz scene, being constantly in demand by many top jazz performers and soloists. 8.00 pm £7 advance, £10 door, £5.