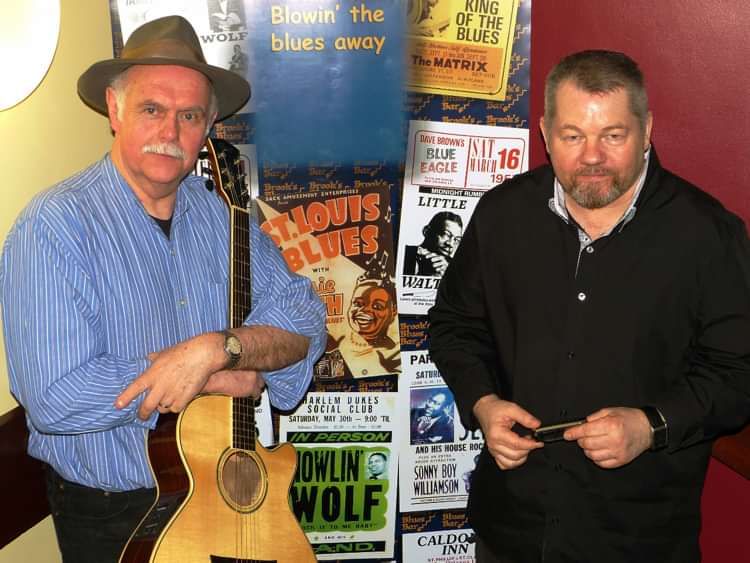 Dave Peobody has been voted ‘Acoustic Blues Artist of the Year’ 3 times by the British Blues Connection and Blues In Britain Magazine. He has also been a guitar accompanist for USA blues artists such as the legendary Mississippi guitarist David ‘Honeyboy’ Edwards, Cincinatti pianist Big Joe Duskin, North Carolina vocalist Big Boy Henry and the award winning harmonica man Charlie Musselwhite. Dave has performed in over 20 different countries playing festivals and clubs and appeared on over 40 albums making him one of the most experienced and seasoned blues players performing today. Harmonica ace Alan Glen is best known for his work with the Yardbirds, Nine Below Zero, Little Axe and his own band, The Barcodes. He has played and recorded with the likes of Peter Green, Jeff Beck, John Mayall and Dr Feelgood and played at the Montreux and Nice Jazz Festivals, the Long Beach Blues Festival and appeared at such prestigious venues as Hollywood’s House Of Blues, the Las Vegas Hilton, London’s Royal Albert Hall, Wembley Arena and Ronnie Scott’s Jazz Club. 8.00pm Tickets £10 in advance & £12 on the door