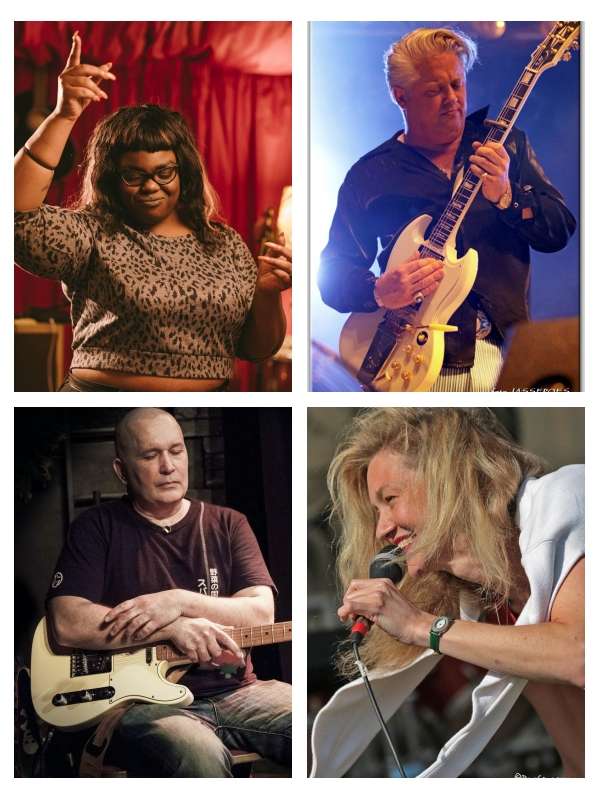 Another special show with 4 huge stars in a one-night mini festival featuring some of London’s best solo entertainers, one after the other. Big Joe Louis was born in Jamaica, West Indies, and moved to the UK during the 1970s. The Blues Kings were formed 18 years ago and have taken their special kind of real down-home blues to venues the length and breadth of the UK and Ireland and with great success in virtually every country in Western Europe and Scandinavia. 1998 and 1999 brought two invitations to play in the USA, leading to exceptional reviews. Lagos-born Londoner, singer-songwriter and self-taught pianist Sister Cookie grew up surrounded by all manner of solid sounds. Her youth saw her absorb the jazz, soul, highlife and juju LPs in her parent’s collections and make further musical discoveries of her own throughout her teenage years and beyond. Atama (Adam in Fijian) Blues Bentley, born and raised in Fiji on kava and blues, moved to Australia in '81, then it was beer and blues, came to the UK in '99, went on to tea and blues. A regular on the London circuit with growling vocals and stinging guitar playing Jessie Pie started doing burlesque cabaret and singing at London fetish clubs in the early noughties. She was soon fronting busy R&B band “Elephant Shelf” and its jazz spin-off, “The Cleavage of Death” on the live pub circuit, developing vocal skills and an ebullient on-stage persona while delivering jazz-blues standards and original material. 8.00pm Tickets £10 in advance & £12 on the door.