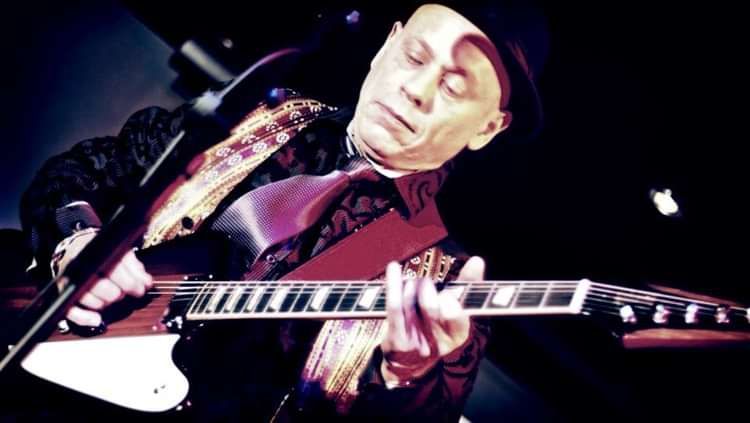 Here’s how to lose the blues - experience Tim Hain, Britain’s best kept secret! These evenings always go down really well with Tim’s compelling stories, memorable songs and the voice…He IS a voice, he also has a guitar, and sure knows how to use it. Described by former Rolling Stone Bill Wyman as: “Excellent - best I’ve heard for some time ….”, Tim is a compelling performer and entertainer. He is steeped in, but not limited by, Blues and Reggae, having played blues guitar for several top reggae artists - an unusual accolade. This helped him develop a style dubbed "Bleggae" which has characterised the 2000 odd gigs he has played since the turn of the century. “A breath taking, hugely entertaining fusion of blues and reggae….” Blues in Britain Magazine. He has written with many top people, including Narada Michael Walden, hit writer and producer for Aretha Franklin, Mariah Carey and many more, jammed with Jeff Beck, and received many great live and CD reviews in the "blues" press. This is a show that is definitely not to be missed, serious fun for the heart and feet! Tim’s hot band on the night includes Bjork’s former drummer Tansay Omar, Roachford's bass player Yoyo Buys, guitarist Ben Grove, and special guests, harmonica legend Alan Glen (Yardbirds, Nine Below Zero) & keys man Phil Ramocon, (Jimmy Cliff, Bob Marley, Gregory Isaacs, Neneh Cherry). Expect the unexpected, and a surprise guest or two! 8.00pm Tickets £10 in advance & £12 on the door