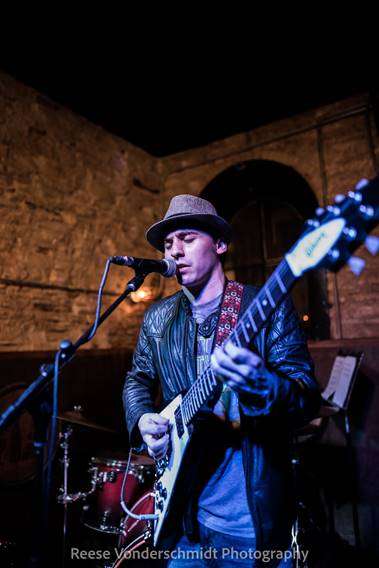 No matter what kind of guitar lands in his hands, this Texas bluesman always makes it sing. Add in his vocal and song-writing skills, and he's a triple-threat talent. On Johnny Fury II (released 2018), Fury shows his prowess in soul and rock as well as blues, with a smooth, well-nuanced tenor capable of delivering splintering blues and affecting ballads with equal finesse. In September 2018, he opened for Grammy Award Winning Blues icon Buddy Guy in Columbus, Ohio. He's already impressed industry critics too. Fury was a finalist in the 2014 Jimi Hendrix Guitar Competition and a 2016 semi-finalist in the New York-based International Song-writing Competition. Fury's influences include Marvin Gaye, Jimi Hendrix, Stevie Ray Vaughan, and Wilson Pickett. Combining blues traditions with his fresh outlook, Fury creates music that could easily take its place alongside his heroes. And someday, it very likely will. In tonight’s special concert Johnny and the band will be showcasing numbers from his recent album. "If you are a fan of blues music and looking for something with a unique twist, Johnny Fury II is guaranteed to please." - Jan Sikes (Buddy Magazine) "I wanted an album that was rooted in the blues. There’s a mix of jazz, soul, and rock influence. I included a couple songs with social commentary and political themes. I wanted to give people songs that have a message. I also wrote songs that people could really dance and jam out to….." - Johnny Fury (from his interview with the Daily Country) 8.00pm Tickets £13 in advance & £15 on the door