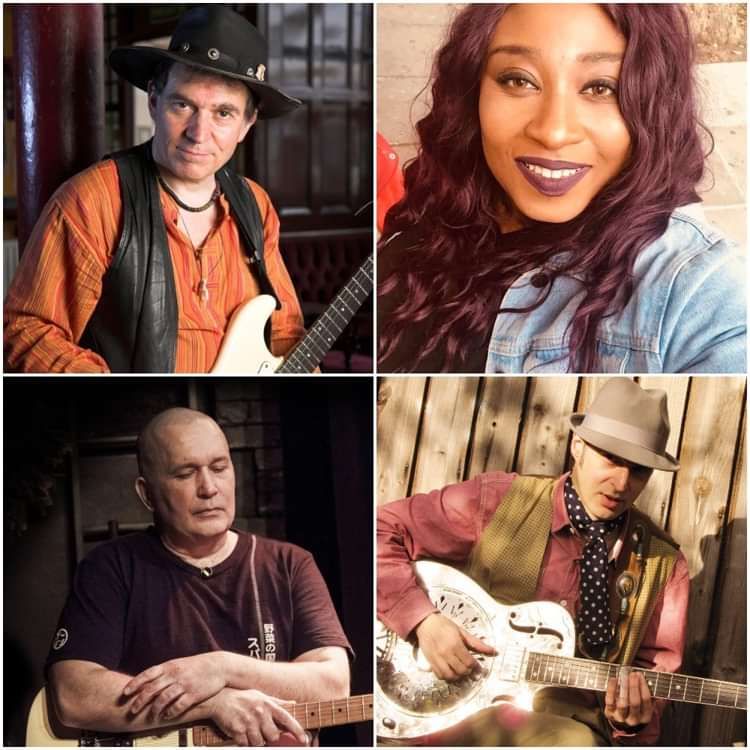 very special night featuring 4 of London’s best solo Blues & Soul artists: Robin Bibi is a seasoned performer who’s worked with such legends as Robert Plant, Jimmy Page , Ben E. King and the Pretty Things to name but a few .. he’s led the Robin Bibi Band up and down the UK, Ireland, Europe and the USA for the past 20 years and is widely regarded as one of the UKs finest blues guitarists & singer/songwriters. Robin has won awards for best guitar solo and has also been nominated for best UK acoustic blues act. In the past few years as well as the electric band he’s established himself as an acoustic master having released several unplugged albums all of which have received critical acclaim and national and international Airplay. Robin is an engaging performer who always draws his audience into his show. He’s really looking forward to returning to the Bull! Chrissie Myles is an inspirational soul singer, on tour with superstar band Bastille including a barn-storming appearance on The Graham Norton show and Glastonbury 2019. Chrissie will bring her own unique vocals and beautiful presence to The Bulls Head! Atama Blues Bentley, Fijis leading Bluesman, and a hugely experienced performer, Atama will also be hosting the festival. His highly original vocals and unique guitar style always brings the blues to life. Emanuele “Manny” Fizzotti is one of the busiest artists on the London blues scene performing at top venues all over the capital, as well as being invited to play with Giles Robson, the John O' Leary and Alan Glen All Stars, the Dennis Greaves Band, Nine Below Zero and the great Chicago blues ambassador Billy Branch! 8.00pm Tickets £10 in advance & £12 on the door.