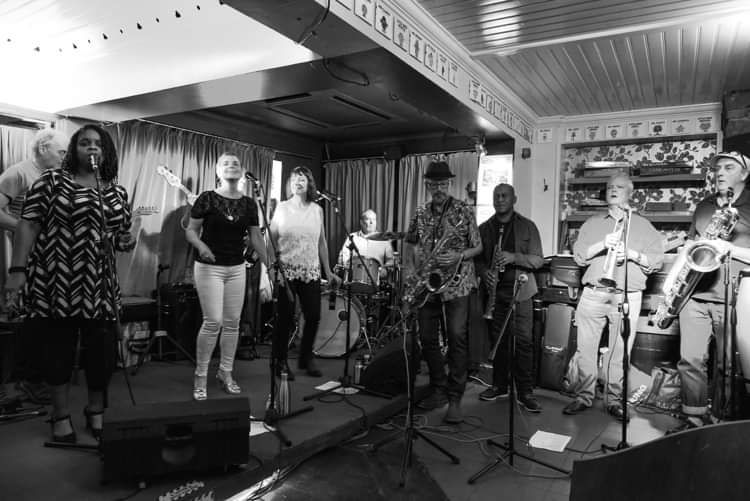 Explosive big band soul and funk from the 60s and 70s. The eleven-piece band’s extensive setlist includes material from James Brown, Aretha Franklin, Stax and Memphis Soul, Motown and seventies funk classics from artists such as Curtis Mayfield, The Isley Brothers, the JBs, Gwen McRae and Johnny Guitar Watson, giving a good balance between familiar and less well-known classics. The line-up consists of three female vocalists with distinctive styles and great harmonies, a tight rhythm section and a great horn section consisting of three saxes and a trumpet. The band has been playing regular gigs since its formation two and a half years ago and recently headlined on the Village Green Stage at Lambeth Country Show in July. Tickets £11 in advance & £13 on the door