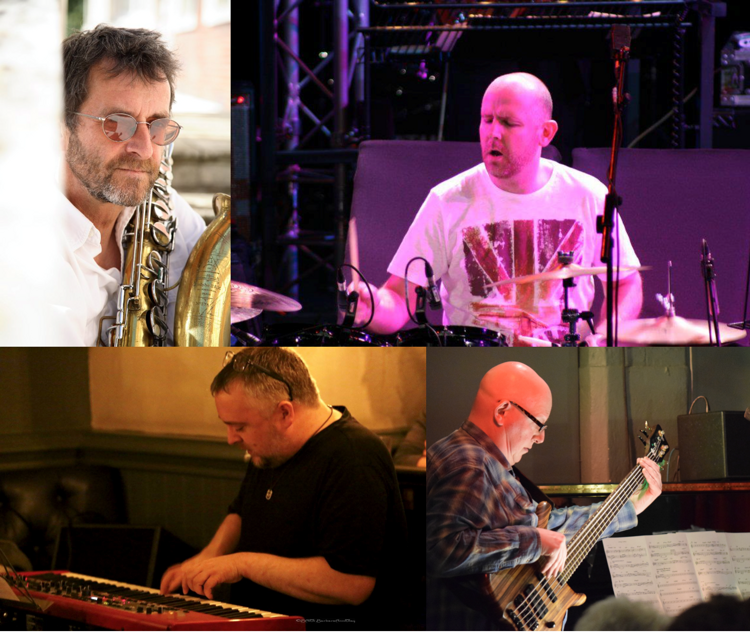 A summer evening of Latin and funk inspired jazz with some of the very best jazz musicians in the UK, drawing upon the recordings, compositions and music of George Duke, The Yellowjackets, Herbie Hancock, Marvin Gaye, Stevie Wonder and Burt Bacharach to name a few. Expect grooves, improvisation and playing of the highest order for this special one-off concert which may also feature some special guests along with Elliot Henshaw, drums, Tim Whitehead, sax, Simon Carter, piano and Dave Jones, bass. Elliot Henshaw is one of the UK’s finest and most prolific drummers who’s versatility places him within all genres at the highest level. He co-runs 'Spice Fusion' one of the most exciting big bands in Europe and has worked with artists such as Shirley Bassey, Leo Sayer, The BBC Big Band, Syd Laurence Orchestra, Georgie Fame, Mike Stern and Laurie Holloway. Tim Whitehead’s compositions “Colour Beginnings” earned him a shortlisting for The British Composer Of The Year Awards in 2010 and Best Jazz Album 2011 and recent work has included reworking of the music of Burt Bacharach. “Whitehead’s music always stands on its own feet…….” John Fordham -The Guardian. Simon is a graduate of the National Youth Jazz Orchestra and is a musical director and keyboard player of international renown touring and playing with a huge variety of artists such as Jamiroquai, Craig David, Leo Sayer, Nik Kershaw. Anastasia, Atomic Kitten, Rick Astley, 10CC and Corinne Bailey Rae. Dave Jones' bass playing in recent years has included Ronnie Scott’s Soul and Jazz Orchestra, Pete Cater Big Band, Way Out West Jazz Collective and Stefanous Tsourelis Trio and he leads his own groups such as Dave Jones’ Nonet. 8.00pm Tickets £10 advance, £12 door, £5 NUS