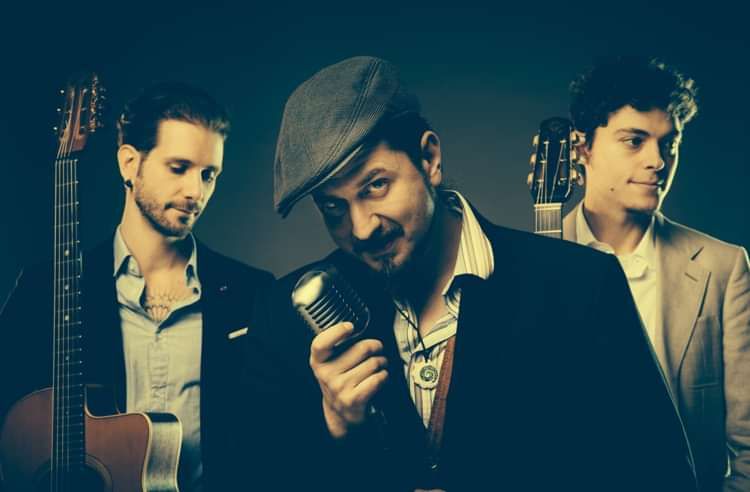 The soul of Gypsy Dynamite, Filippo and Giulio explode onto stage with sizzling guitar, unique and fresh arrangements of traditional Gypsy swing, Italian and Spanish music and memorable ‘million sellers’... Gypsy Dynamite style! Filippo often performs with Gypsy guitar legends Lollo Meier and Mozes Rosenberg with Giulio performing with the acclaimed guitarist Antonio Forcione. The band was originally formed as a duo by Giulio Romano Malaisi and Filippo Dall'Asta in London in 2012. As well as performing regularly in the UK, they have toured in France, Italy, Malta and Russia, and played at many illustrious venues including the Houses of Parliament, Brasserie Zedel, Tower of London, Union Chapel, Novikov, the Century Club, Brasserie Toulouse Lautrec, Le QuecumBar, The Forge, The Hideaway and the Green Note. Gypsy Dynamite are currently in the studio recording their third album of 10 original songs. The band feature Dominique Durner on vocals, Giulio Romano Malaisi on guitar, Filippo Dall’Asta on guitar and Jonny Gee on double bass for an unforgettable afternoon of hot, swinging Gypsy Jazz and more. Tickets £10 in advance & £12 on the door