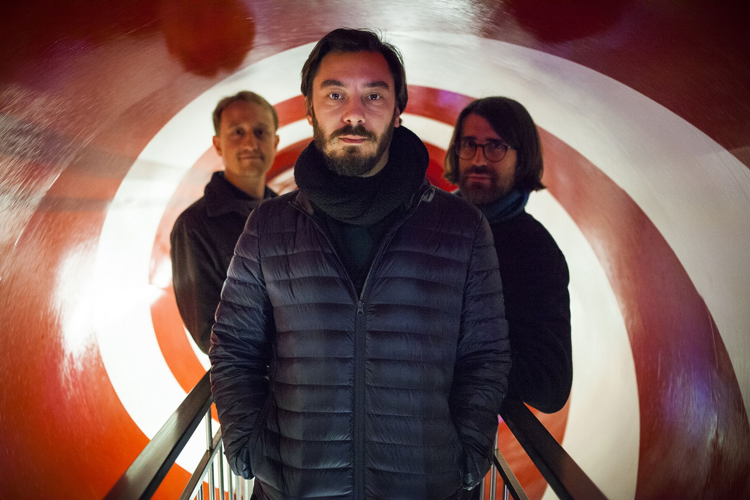 Pianist Bruno Heinen, bass player Michele Tacchi and drummer Riccardo Chiaberta formed Kino Trio in 2015 in London. This is a collective and forward-looking trio, playing material written by each member of the group, the compositions having a unified written language stemming from the European jazz tradition. Heinen's roots in impressionistic classical music are complimented by Michele Tacchi's lyrical fretless sound and the wide dynamic range of Riccardo Chiaberta's sensitive approach to the drums. Bruno Heinen is a London based contemporary improvising pianist, composer and educator and professor of piano and composition at Trinity Laban Conservatoire of Music. Bruno has worked with artists such as Julian Siegel, Jean Toussaint, Julian Arguelles, Pete Saberton, Rachael Cohen, Antonio Fusco, Tony Kofi, Winston Clifford and Heidi Vogel amongst others. Bruno is a frequent host of the Ronnie Scott's Late Late show and has performed in venues and festivals including the South Bank Centre, the Vortex Jazz Club, the Shanghai World Music Festival, the London Jazz Festival and the Royal Albert Hall. Michele Tacchi is a London based Italian bass player and composer who has played and recorded with some of Italy’s most prominent musicians and is a very active sideman and co-leader in a variety of different projects in the UK and Italian scenes. He also writes and produces music for films, advertising, documentaries and fashion. Riccardo Chiaberta is an Italian drummer and composer based in London and part of Dugong, Paolino Dalla Porta “Future Changes Quartet”, Kettle Of Kites and many others bands. He released “Lux”, his first album as a leader, with the band Nirguna in October 2015 for “Honolulu records”, a label that Riccardo founded with others nine musicians from Milan. Riccardo has appeared in many jazz festivals around the world, playing with Ivo Neame, Gregory Burk, David Friedman, Reem Kelani, Andrea Dulbecco, Bebo Ferra, Emanuele Cisi and many others. 8.00pm Tickets £10 in advance & £12 on the door NUS £5