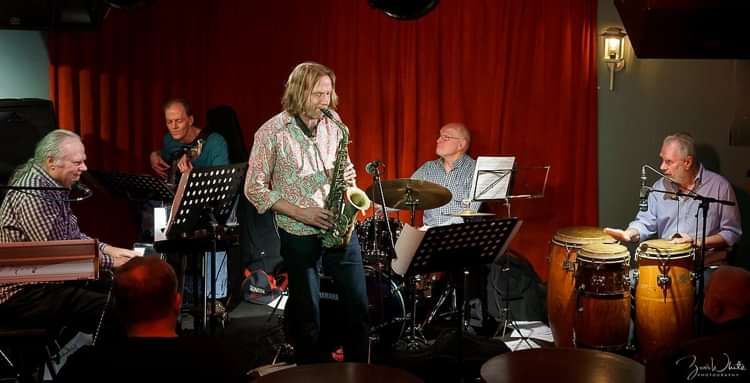 The legendary Latin & Jazz-Fusion outfit Paz has been playing the London scene since 1971 during which time they have recorded 11 critically acclaimed albums, many of which topped the fusion charts. “The inventors of Jazz Fusion ….” Dick Crouch. Original keyboard player Geoff Castle, for many years a stalwart of the pioneering Jazz/Rock outfit Nucleus, leads the band featuring the acclaimed saxophonist Matt Waits. The line-up is further enhanced by the addition of- long-standing members, Rob Statham on bass, Chris Fletcher percussion and Les Circel on drums along with guitarist Dominic Grant. “The UK’s premier Latin-Fusion band, Paz play a lightly grooving, cheery and danceable music with loads of funk and flair …..” Time Out This special show not only presents the iconic British outfit in its full on-going glory but isalso a celebration of a very special birthday for its co-founder Geoff Castle. 8.30pm Ticket prices £12 in advance & £14 on the door