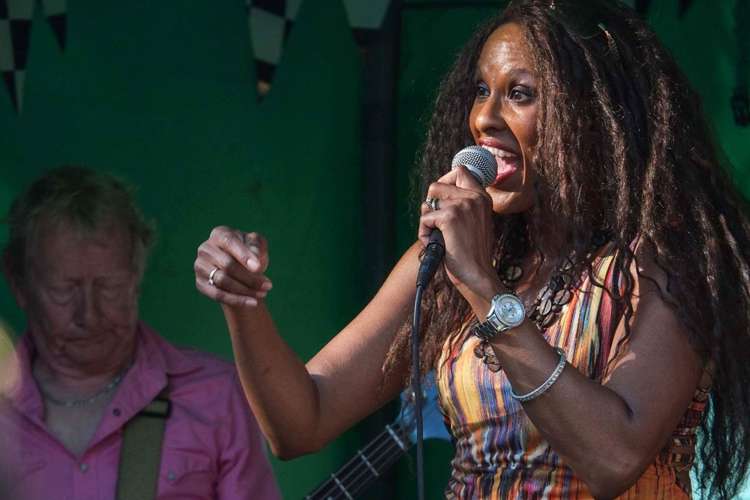 American Soul artist and singer/songwriter Ali originally hails from Atlanta, GA. Now on this side of the pond with her bass player, Dave Hewitt, of Babe Ruth fame, they have co-written songs which have been recorded both in Nashville, USA and in the UK. Together they have formed the Dana Ali Band, taking elements of Jazz, Soul, Blues and R&B, fused with Latin and Funk rhythms to create a fresh, new and distinctive sound. The band have been touring the UK extensively, performing at a variety of venues and winning over music lovers from all walks of life. The Dana Ali band feature Dana Ali on vocals, Dave Hewitt on bass, (Babe Ruth, Steve Marriott), Dave Punshon, keyboards, (Babe Ruth), Stewart Curtis, sax, clarinet & flute, (Nick Kershaw, Tracey Ullman, Mary Wilson, Percy Sledge) & Ed Spevock, drums, (Van Morrison, Chicken Shack, Richie Milton & The Lowdown). Dana and the band are currently in the process of working on a new album with renowned producer Alan Shacklock (Andrew Loyd Weber, Roger Daltry, Meat Loaf, Mike Oldfield, Jeff Beck) 8.00pm Tickets £10 in advance & £12 on the door

Dana Ali is an American Neo Soul artist, singer songwriter from Atlanta, GA. She has crossed the waters to the United Kingdom with her bass player Dave Hewitt (Babe Ruth fame).  Together they have cowritten songs which have been recorded, in Nashville, USA and in the U.K.  Ali and Hewitt formed the Dana Ali band, taking elements of Soul, Jazz, Blues and R&B with Latin and Funk Rhythms to create a fresh and distinctive sound.  The Dana Ali band have been touring the U.K. extensively and in the course of their musical career, Dana Ali Band has won over the hearts of music lovers from all walks of life. Performing at a variety of venues, making dozens of appearances in the UK,  Dana Ali Band has earned the admiration and affection of countless fans, serving as both inspiration and role model. 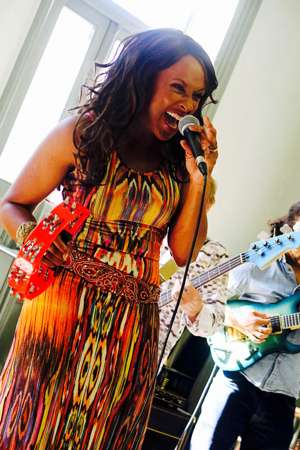