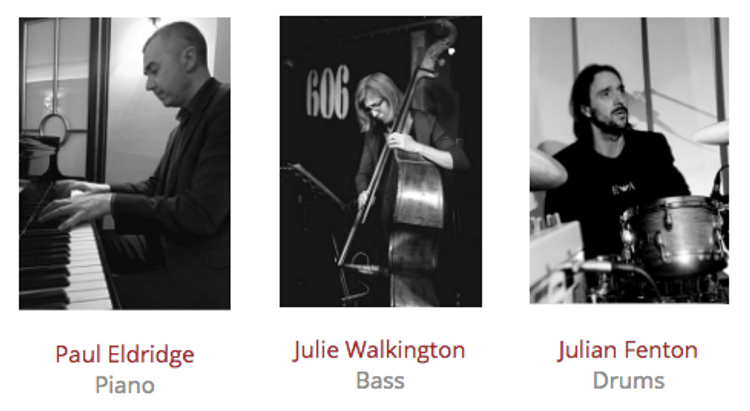 Featuring Paul Eldridge on piano, Julie Walkington on double bass and Julian Fenton on drums. They've known each other for a decade or more and in 2015 found themselves jamming and playing together regularly. Following a year-long residency at Black and Blue in Waterloo, which helped the band develop and distill their ideas, they’ve now started recording their own versions of songs from David Bowie, The Beatles, Kate Bush, Queen, ELO, Radiohead and The Beach Boys. Nirvana’s “Smells Like Teen Spirit” was one of the first tracks completed, with more coming to their YouTube channel soon. Hear them at . 8.30pm Tickets £12 in advance & £14 on the door