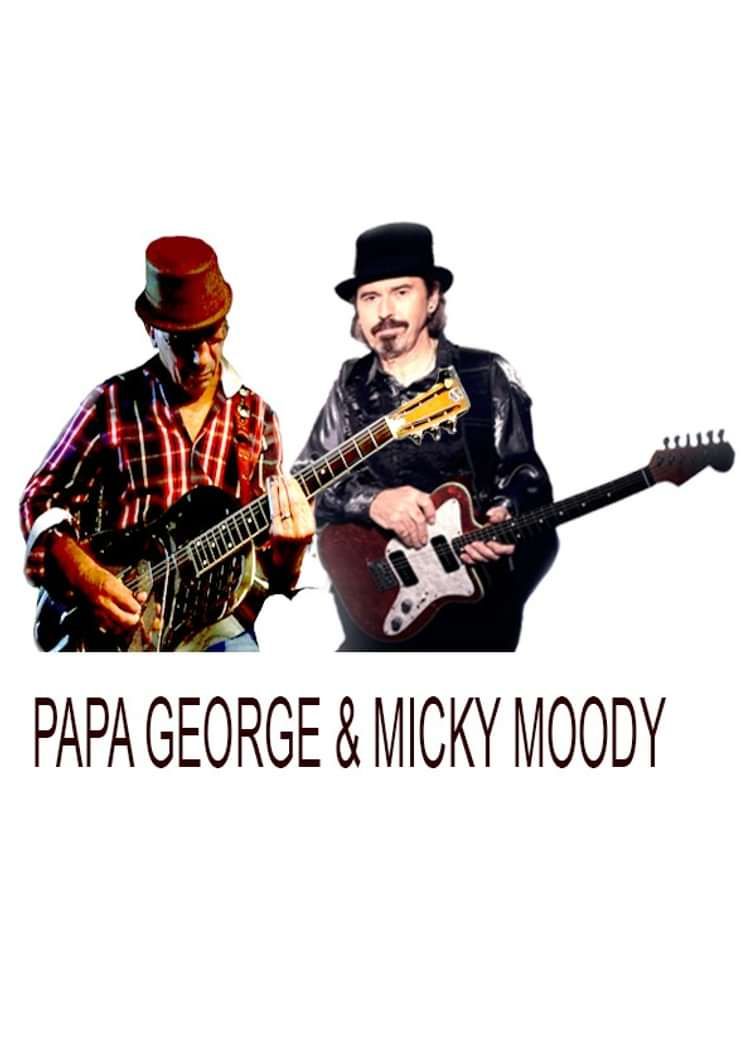 Papa George & Micky Moody: These two masters of the blues are highly regarded for their musicianship in their independent projects as well as having worked together as a duo for over twenty years. Together they deliver an inspiring feeling for the music. Papa George was presented by the British Blues Awards as a Blues Great and recognised by an American Heritage International Organisation as a “Master Blues Artist”, being inducted into the “Blues Hall Of Fame” in 2013. Micky Moody has worked alongside some of the biggest names in the music business as well as being a member of rock bands such as the multi award winning Whitesnake, Snafu and Juicy Lucy. He currently has an ongoing project with singer songwriter Ali Maas. George and Micky have been notably named the biggest sounding duo on the scene, their combined talents covering a number of genres, all with a strong blues influence. Deep blues with a feeling! 8.00pm Tickets £10 in advance & £12 on the door