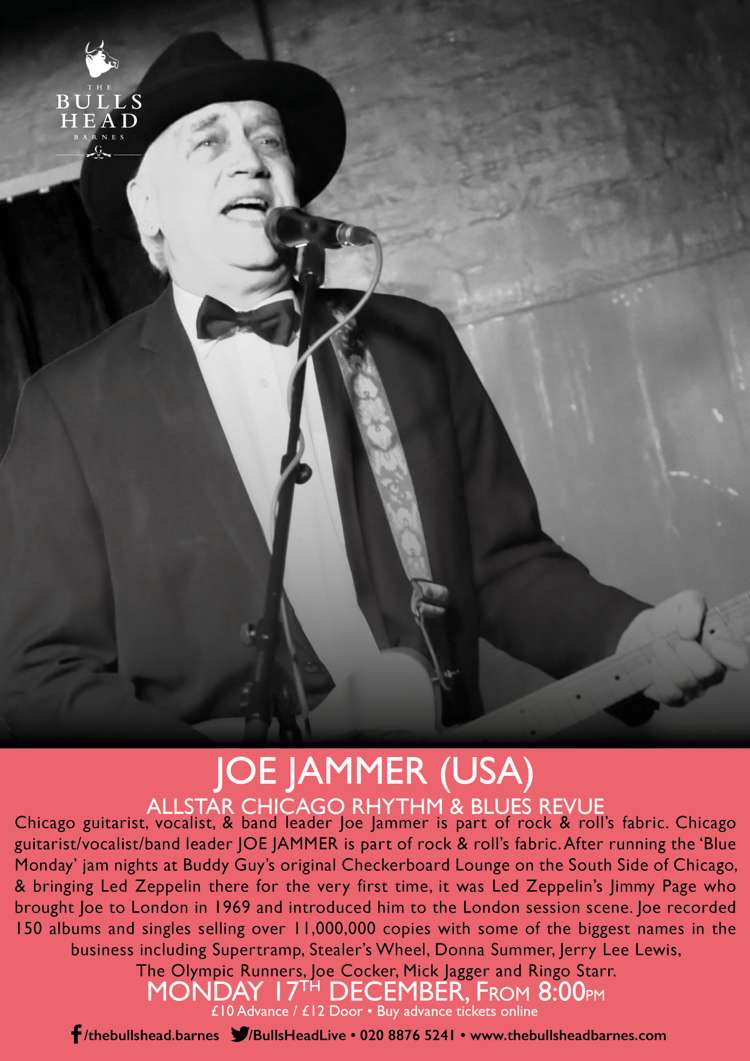 Chicago guitarist, vocalist, & band leader Joe Jammer is part of rock & roll's fabric, “Jammer Of The Gods …..” said The Guardian. He is also the most sampled guitarist after Nile Rodgers on the all-time list, having appeared on over 32 multi-million selling singles for rap artists such as DJ Jazzy Jeff & The Fresh Prince (Will Smith) & Public Enemy. After running the 'Blue Monday' jam nights at Buddy Guy's original Checkerboard Lounge on the South Side of Chicago, bringing Led Zeppelin there for the very first time after which it was Led Zeppelin's Jimmy Page who brought Joe to London in 1969 and introduced him to the London session scene. Founder member of the Olympic runners, roadie for Hendrix, The Who, Led Zeppelin; live guitarist with Supertramp, Donna Summer, Stealers Wheel and session guitarist with Mick Jagger, Joe Cocker, Ringo Starr and Jerry Lee Lewis, Joe packs 40 years of musical dynamite into his particular brand of blues. Having recorded 150 albums and singles selling over 11,000,000 copies, he's now back on the scene with his own blues revue breathing fresh life into classic Chicago blues with great passion, conviction and fun.

The Joe Jammer All Star Rhythm & Blues Revue(Chicago USA) Mentioned in Stephen Davis' best-selling Aerosmith biography, "Walk This Way", and known for his work with Led Zeppelin, Hendrix & The Who, Chicago’s Joe Jammer is “the greatest rock star you don't know”. He’s also played with Supertramp, Stealers Wheel, Donna Summer and The Olympic Runners, but tonight he returns to his Chicago roots (he was the house band for Buddy guy at the Checkerboard Lounge).

After running the 'Blue Monday' jam nights at Buddy Guy's original Checkerboard Lounge on the South Side of Chicago, as well as being responsible for bringing Led Zeppelin there for the very first time, it was Led Zeppelin's Jimmy Page who brought Joe to London in 1969 and introduced him to the London session scene, during which time Joe recorded 150 albums and singles selling over 11,000,000 copies with some of the biggest names in the business including Supertramp, Stealer's Wheel, Donna Summer, Jerry Lee Lewis, The Olympic Runners, Joe Cocker, Mick Jagger and Ringo Starr.

"Joe Jammer was,and still is a GREAT blues guitarist"- Joe Perry from 'Rocks:My Life In And Out Of Aerosmith' 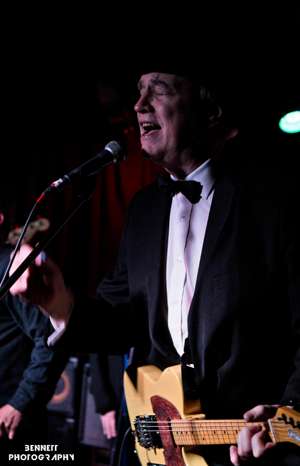