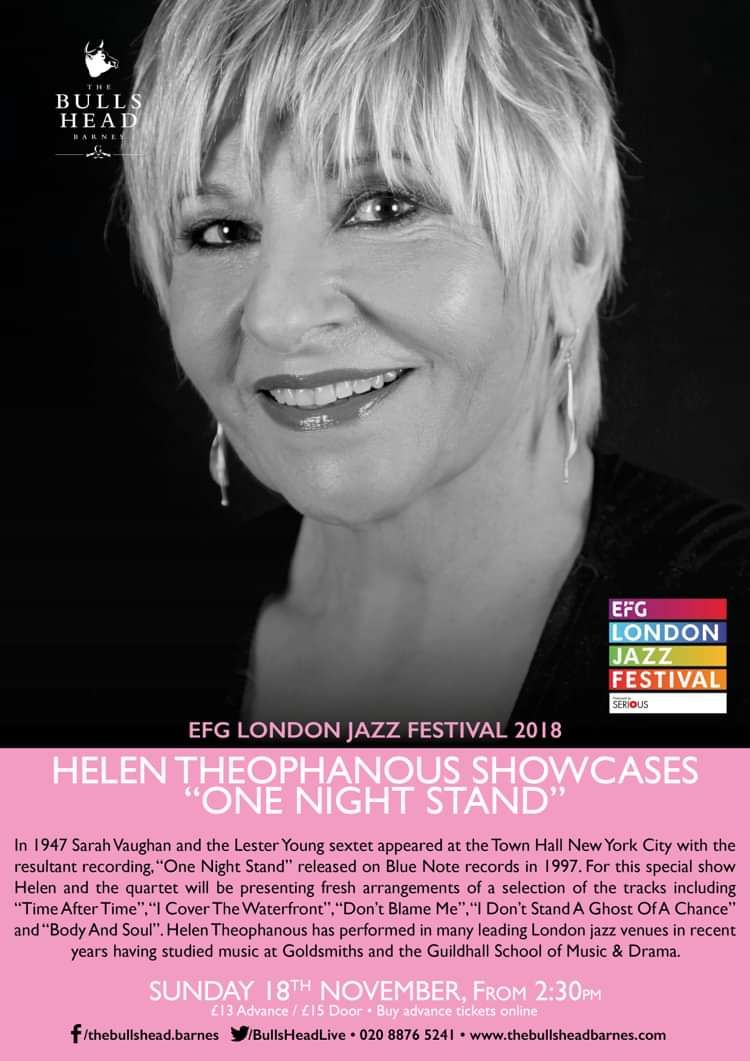 Helen Theophanous Showcases “One Night Stand” on the Lunchtime Session

In 1947 Sarah Vaughan and the Lester Young sextet appeared at the Town Hall New York City with the resultant recording, “One Night Stand” released on Blue Note records in 1997. For this special show Helen and the quartet will be presenting fresh arrangements of a selection of the tracks including “Time After Time”, “I Cover The Waterfront”, “Don't Blame Me”, “I Don't Stand A Ghost Of A Chance” and “Body And Soul Soul”. Helen Theophanous has performed in many leading London jazz venues in recent years having studied music at Goldsmiths and the Guildhall School of Music & Drama and with award-winning Warner Brothers jazz recording artist Lea DeLaria. Half Irish and half Greek, Helen’s warm, passionate vocals can swing one minute and captivate with a gentle ballad the next. “Classy …..stunning….. drama…..presence ….” says Claire Martin OBE. Helen’s quartet will feature top tenor saxophonist, Tim Whitehead, “Whitehead is one of the most creative, exciting and passionate saxophonists in Europe ……” Ian Carr, A Rough Guide. Tim was also the first ever musician Artist In Residence at Tate Britain and in response to Turner's early unfinished sketches he composed “Colour Beginnings” which was shortlisted for the 2010 British Composer Awards and for the Parliamentary All Party JazzAwards Album of The Year 2011. The quartet also features pianist John Crawford whose albums “Ulia River of Time” and Times & Tides” received much critical acclaim, renowned UK drummer Steve Taylor whose 16-piece big band perform at many prestigious jazz venues and the noted bassist Paul Morgan who has played for musicians such as Zoot Sims, Peggy Lee, Ronnie Scott and many others.

Helen, who has a wide-ranging background in musical theatre and on the concert platform, has been delighting London audiences for many years with her warm voice and welcoming stage presence. “Classy …. great voice ….. stunning…. fantastic drama …. presence …..” says international jazz vocalist and radio presenter Claire Martin. 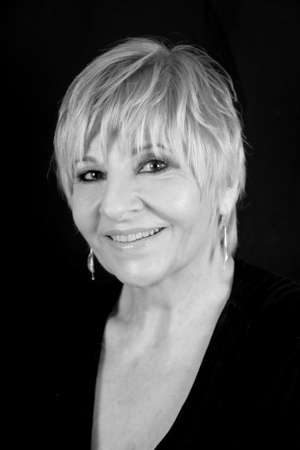