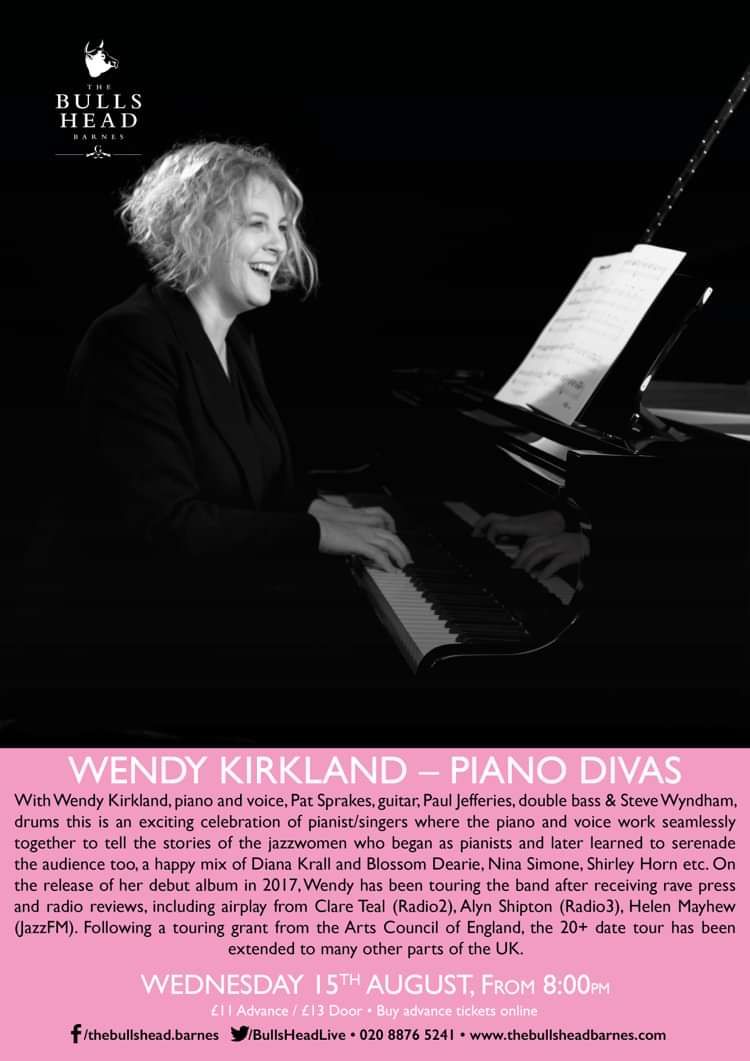 With Wendy Kirkland, piano and voice, Pat Sprakes, guitar, Paul Jefferies, double bass & Steve Wyndham, drums this is an exciting celebration of pianist/singers where the piano and voice work seamlessly together to tell the stories of the jazzwomen who began as pianists and later learned to serenade the audience too, a happy mix of Diana Krall and Blossom Dearie, Nina Simone, Shirley Horn etc. On the release of her debut album in 2017, Wendy has been touring the band after receiving rave press and radio reviews, including airplay from Clare Teal (Radio2), Alyn Shipton (Radio3), Helen Mayhew (JazzFM). Following a touring grant from the Arts Council of England, the 20+ date tour has been extended to many other parts of the UK where Wendy’s piano playing has been described as "sparkling" & "bluesy" by online and press critics and her voice as "vocal acrobatics" (Bebop Spoken here), "refreshing" (Jazzwise). “Mellow and stylish …..” The Sunday Times. Guitarist Pat Sprakes worked with Darius Brubeck early in his career and his influences include Joe Pass, Wes Montgomery and George Benson. Double bassist Paul Jefferies has worked with jazz luminaries Tommaso Starace, Julian Marc Stringle, Roger Beaujolais, Nicolas Meier & Tina May. Drummer Steve Wyndham is a native Londoner and works with many of the jazz stars on the London scene today.