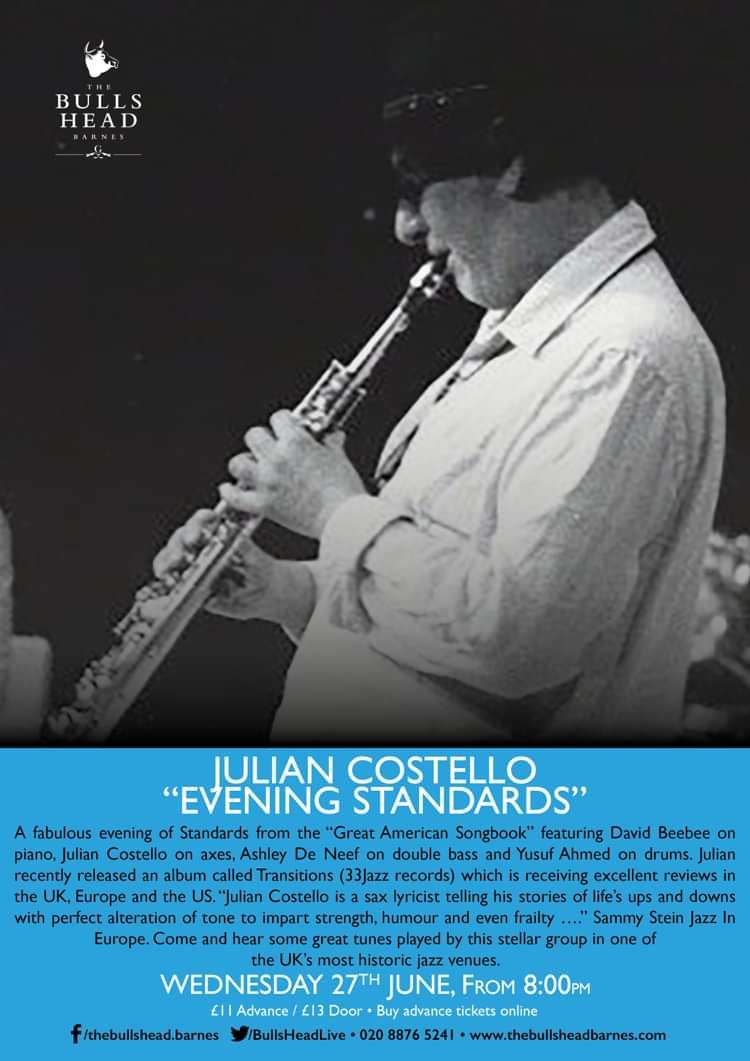 A fabulous evening of Standards from the "Great American Songbook" featuring David Beebee on piano, Julian Costello on axes, Ashley De Neef on double bass and Yusuf Ahmed on drums. Julian recently released an album called Transitions (33Jazz records) which is receiving excellent reviews in the UK, Europe and the US. "Julian Costello is a sax lyricist telling his stories of life's ups and downs with perfect alteration of tone to impart strength, humour and even frailty …." Sammy Stein Jazz In Europe. “David Beebee is brilliant .... it is always exciting to come across a major new talent ……." say Jazzwise on accomplished pianist and bassist Beebee. Ashley De Neef is a globe-trotting, highly in demand bass player now who has played with Greg Osby, James Morrison and Carl Orr. Yusuf Ahmed is a very busy drummer & percussionist on the Jazz and World Music scene who has played with Dave Liebman, Zoe Rahman, Martin Speake and many others. Come and hear some great tunes played by this stellar group in one of the UK's most historic jazz venues.