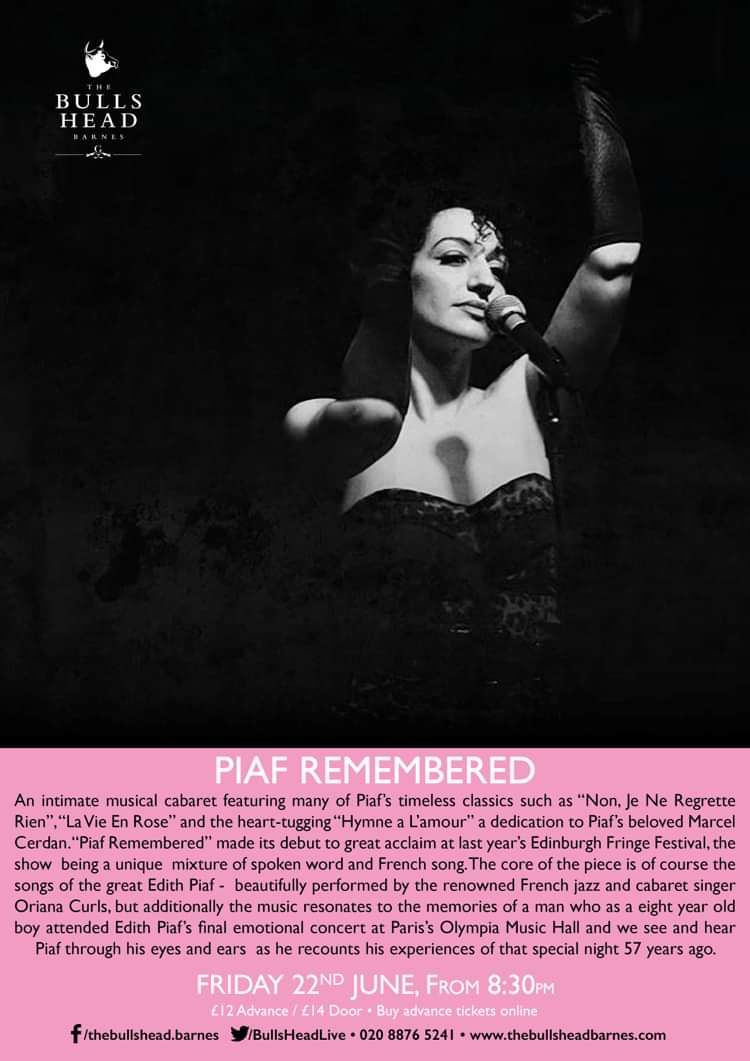 An intimate musical cabaret featuring many of Piaf's timeless classics such as "Non, Je Ne Regrette Rien", "La Vie En Rose" and the heart-tugging "Hymne a L'amour" a dedication to Piaf's beloved Marcel Cerdan. "Piaf Remembered" made its debut to great acclaim at last year's Edinburgh Fringe Festival, the show being a unique mixture of spoken word and French song. The core of the piece is of course the songs of the great Edith Piaf - beautifully performed by the renowned French jazz and cabaret singer Oriana Curls, but additionally the music resonates to the memories of a man who as a eight year old boy attended Edith Piaf's final emotional concert at Paris's Olympia Music Hall and we see and hear Piaf through his eyes and ears as he recounts his experiences of that special night 57 years ago. This wonderful cabaret showcase features the stunning vocals of Oriana Curls together with noted multi-instrumentalist Katy Jungmann on saxophone, accordion and clarinet, the dynamic Chris Jerome on piano (Tom Jones, Lionel Richie) and the narrator and director Gary Merry (founder of The New Factory of the Eccentric Actor) who wrote the script for the show. 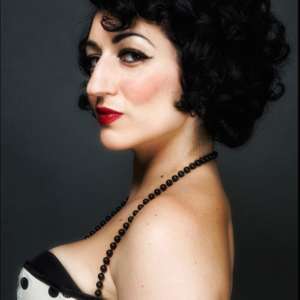