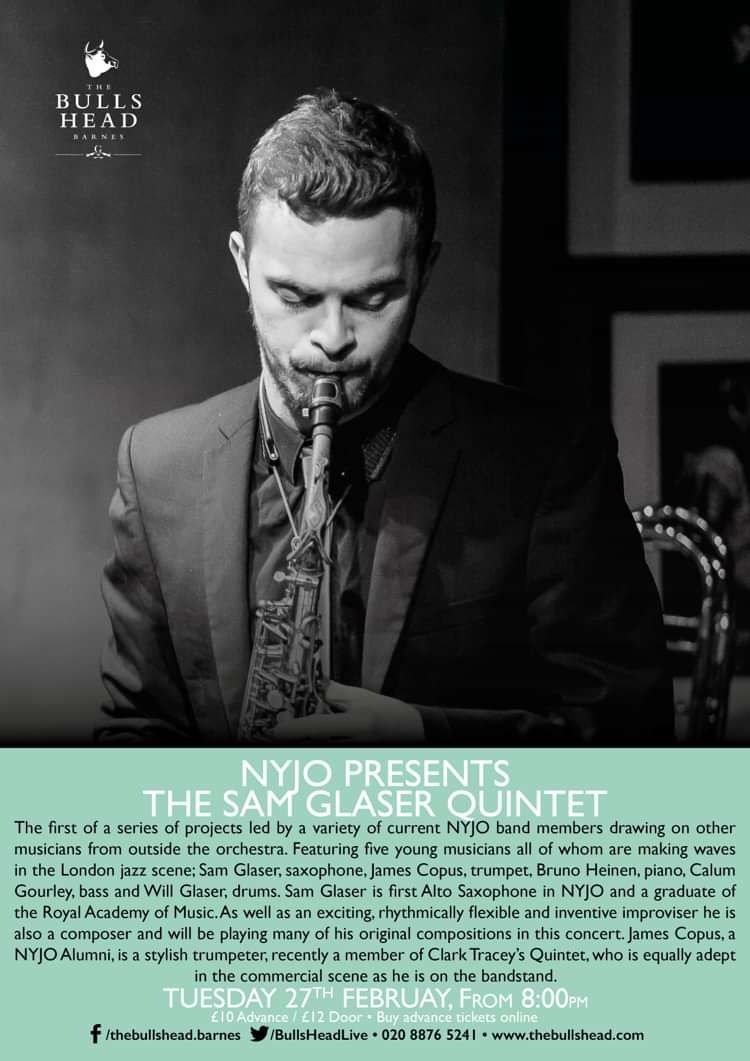 The first of a series of projects led by a variety of current NYJO band members drawing on other musicians from outside the orchestra so as to help promote individual players in their particular endeavours. Featuring five young musicians all of whom are making waves in the London jazz scene; Sam Glaser, saxophone, James Copus, trumpet, Bruno Heinen, piano, Calum Gourley, bass and Will Glaser, drums. Sam Glaser is first Alto Saxophone in NYJO and a graduate of the Royal Academy of Music. As well as an exciting, rhythmically flexible and inventive improviser he is also a composer and will be playing many of his original compositions in this concert. James Copus, a NYJO Alumni, is a stylish trumpeter, recently a member of Clark Tracey’s Quintet, who is equally adept in the commercial scene as he is on the bandstand. Bruno Heinen is a busy pianist with five solo albums to his name with the Babel label and Calum Gourley is one of London’s busiest young bass players who writes and leads his own big band as well as performing in his own quintet and with many others as a sideman. James is joined by his brother Will on drums, another RAM jazz graduate, creating a strong sense of interaction and dialogue in the music. Jazz clearly runs strong in the Glaser family!

Led by tenor saxophonist Tom Stone, The NYJO Nonet is a showcase for some of the most talented young musicians currently playing in the UK, all of whom have passed through the family of the National Youth Jazz Orchestra.

With a focus on small-group improvisation, the Nonet plays compositions and arrangements by current and ex-members of NYJO and has established a reputation for consummately skilful performances, inspired soloing and wonderful “cool school” arrangements. The band has appeared throughout the UK at clubs, theatres and festivals, including the City of London and London Jazz Festivals, The Barnes Music Festival and the House of Commons. 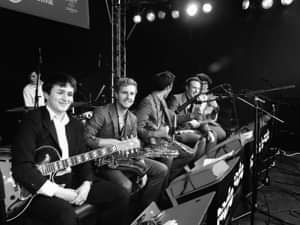