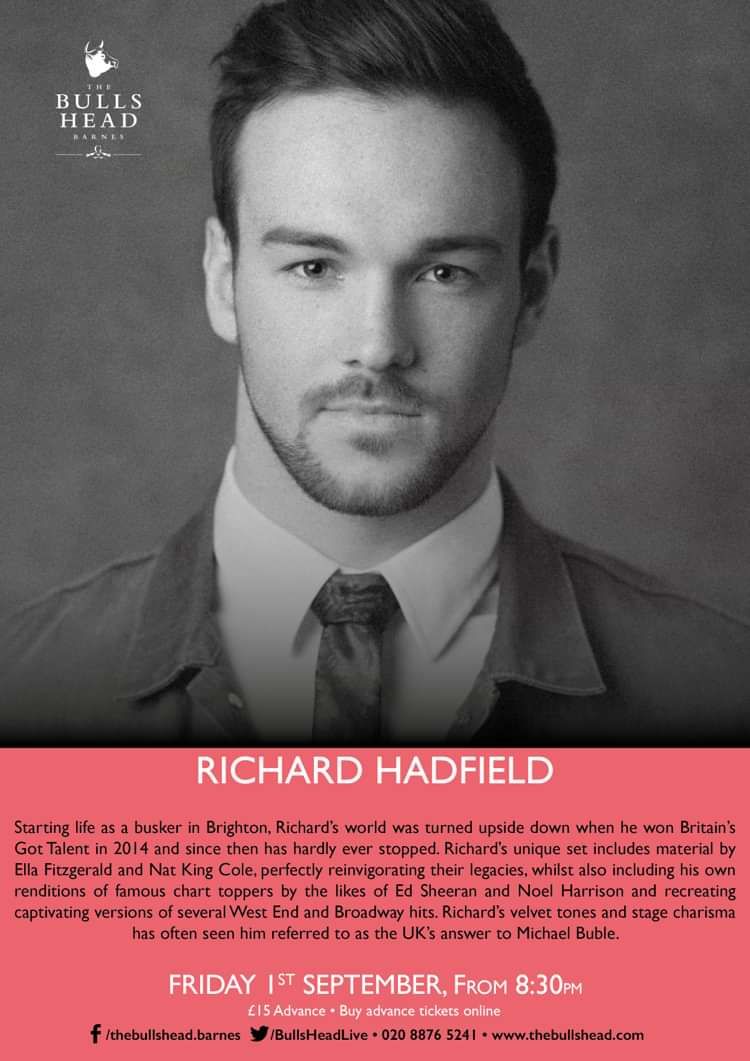 Starting life as a busker in Brighton, Richard’s world was turned upside down when he won Britain’s Got Talent in 2014 and since then has hardly ever stopped. The last two years he has seen him twice touring the length and breadth of Britain wowing both stadium audiences and royalty at Windsor Castle and performing across Europe Asia and the USA as well as releasing two studio albums which charted respectively at numbers 1 and 2 in the official British album chart. With regular shows at legendary jazz clubs such as Ronnie Scott’s in London and the Iridium in New York and a sell out at the Albert Hall Richard, has performed alongside Gregory Porter for a BBC D-Day concert and sung with his heroes such as Alfie Boe and Katherine Jenkins as well as label mates One Direction, Little Mix and Fifth Harmony along the way. His unique set includes material by Ella Fitzgerald and Nat King Cole, perfectly reinvigorating their legacies, whilst also including his own renditions of famous chart toppers by the likes of Ed Sheeran and Noel Harrison and recreating captivating versions of several West End and Broadway hits. Richard’s velvet tones and stage charisma has often seen him referred to as the UK’s answer to Michael Buble.